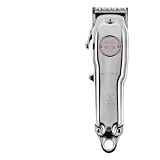 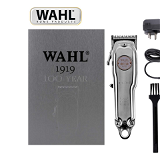 The Wahl 100 Year Anniversary is a special edition professional corded/cordless clipper. The Wahl brand launched it to celebrate its 100th anniversary.

The Wahl 100 Year Anniversary is modeled after the regular cordless Wahl 5-Star Senior, albeit with modifications. The former has an all-metal exterior and taper lever, unlike the latter, which has a plastic housing and taper lever.

It has a 70-minute charge time and runtime on its Lithium-ion battery, which pales compared to its other counterparts. However, it makes up for what it lacks battery-wise with its powerful rotary motor.

The impressive motor cuts at a speed of 6400-6900 strokes per minute which is remarkable for a cordless clipper. Also, the clipper’s high-impact all-metal exterior increases the general durability and attractiveness of the clipper.

A red blade guard, a charging adapter, a cleaning cloth, a cleaning brush, lubricating oil, and an instruction manual 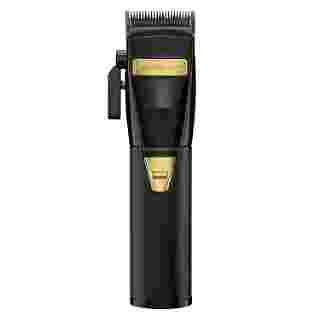 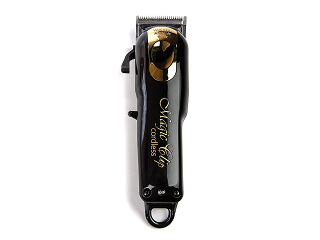